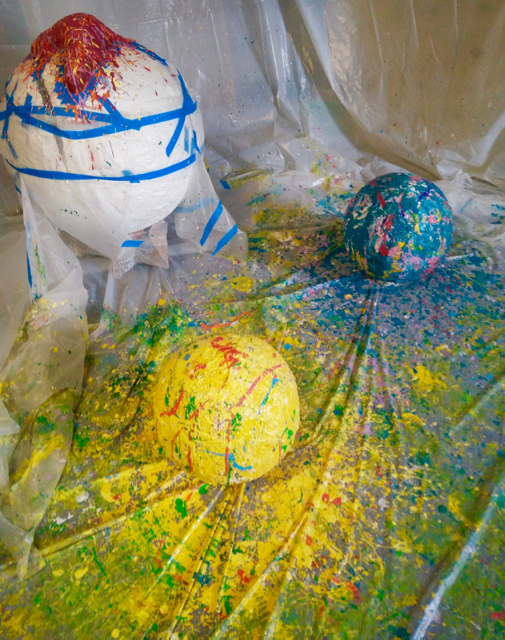 Action Painting emphasizes the process of making art, often through a variety of techniques that include dripping, dabbing, smearing, and even flinging paint on to the surface of the canvas. These energetic techniques depend on broad gestures directed by the artist’s sense of control interacting with chance or random occurrences.

Also called Gestural painting: characterized by energetic, expressive brushstrokes deliberately emphasizing the sweep of the painter’s arm or movement of the hand. In other words, he brushwork in a action painting expresses the artist’s emotions and personality just like a person’s gestures reflect their feelings in everyday life. Gesturalism also emphasizes the physical act of painting itself, drawing attention to the “process of creating”.

What makes an action painting or action painting more enticing to look at is the fact that tickles the minds of the viewers. Action painting simply gives this feeling of excitement in figuring out the possible shapes that are in the painting.

Historically, this style of painting has gained popularity in the 1940s up to the 1960s. It is called as action painting because the canvas serves as an arena in which the artist can act. Considering that there isn’t the usual or slow stroke of brushes, in action painting, much force is given to spread out the paint to splatter unto the canvas to give this striking yet subtle effect. Some action painting would follow straight and uneven lines while others would actually be in circles, creating nonsense or whimsical patterns.

This site uses Akismet to reduce spam. Learn how your comment data is processed.